Helping out ACS for AIDS 2018 Conference at the Rai Amsterdam 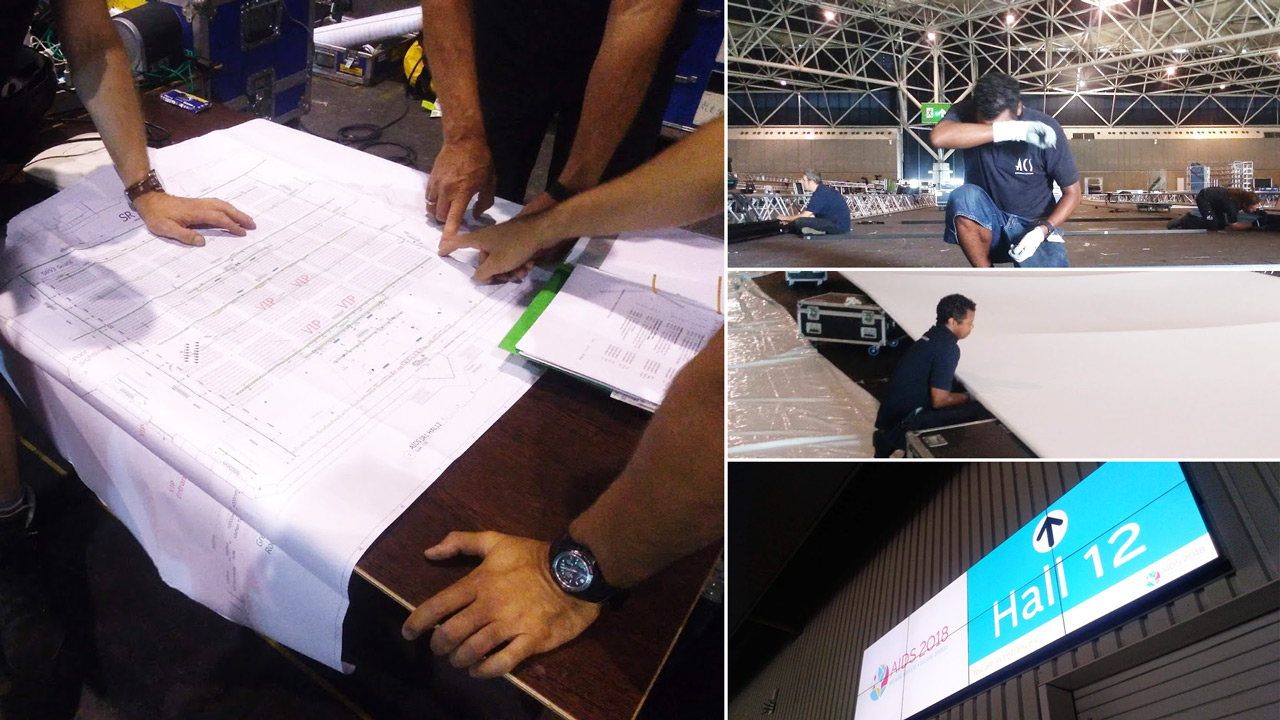 Working as a 3d artist for ACS Audio Visual Solution in Amsterdam, I’m responsible for visualizing the conferences in 3d so the client has a better view of how it will look like. In this case, I wanted to roll up my sleeves and physically help out to set up the event so I could see what all the hard workers at ACS actually do.

The International AIDS Conference is the largest conference on any global health issue in the world. First convened during the peak of the AIDS epidemic in 1985, it continues to provide a unique forum for the intersection of science, advocacy, and human rights. Each conference is an opportunity to strengthen policies and programmes that ensure an evidence-based response to the epidemic. The 22nd International AIDS Conference (AIDS 2018) will be hosted in Amsterdam, Netherlands 23-27 July 2018.

The theme of AIDS 2018 is “Breaking Barriers, Building Bridges”, drawing attention to the need of rights-based approaches to more effectively reach key populations, including in Eastern Europe and Central Asia and the North-African/Middle Eastern regions where epidemics are growing. When HIV/AIDS first appeared as a public health threat in the 1980s, the Netherlands faced the challenge head on, embracing scientific evidence and working with populations that other countries marginalized and stigmatized. Today, Amsterdam is a “Fast Track City” that has committed to accelerating action to ensure that the world can reach the ambitious target of ending AIDS by 2030. AIDS 2018 aims to promote human rights based and evidence-informed HIV responses that are tailored to the needs of particularly vulnerable communities — including people living with HIV, displaced populations, men who have sex with men, people in closed settings, people who use drugs, sex workers, transgender people, women and girls and young people–and collaborate in fighting the disease beyond country borders.